You can get through pregnancy nausea, and we’re here to help

Pregnancy can be one of the happiest times in any woman’s life. But with all the joy and excitement that comes with being pregnant, there are also some challenging moments. Four-out-of-five women will experience some version of nausea and vomiting—or morning sickness.

Doctors are not entirely sure what causes morning sickness, but hormonal changes during pregnancy are likely the main cause. There are some simple diet and lifestyle changes you can try that may help you feel better.

What is morning sickness?

Common symptoms
Morning sickness is nausea and vomiting that often occurs in early pregnancy. Unfortunately, the name “morning sickness” is a little misleading because it can happen at any time of day.

Pregnant women have a stronger sense of smell, which makes them more sensitive to strong odors. Some women may even develop a dislike for certain foods or smells they liked before.

It’s not particularly common, but there are some women who will experience nausea that lasts all day and results in daily vomiting. This can lead to weight loss and may require treatment from a doctor.

Is it true that morning sickness is a sign of a healthy pregnancy?
The good news is that nausea during early pregnancy is completely normal and can be a good sign! A 2016 study found that nausea and vomiting during the first trimester is associated with a reduced risk for a miscarriage early in pregnancy, especially for women over the age of 30.

This is because the nausea experienced during morning sickness is believed to be caused by the production of a hormone called HCG. Presence of this hormone means that your pregnancy is moving in the right direction.

Learn more about what to expect during Early Pregnancy.

Multiple factors
Morning sickness is most likely caused by a combination of factors. Pregnancy hormones, a stronger sense of smell, and a more sensitive digestive system are all suspected to play a role. Other factors that can make you more likely to have morning sickness include:

How long does morning sickness last?

Morning sickness usually begins by your fifth or sixth week of pregnancy and can get worse at around nine weeks. Most women will have relief by week 14. But for 15% to 20% of women, nausea can last through pregnancy and even into labor.

Here’s a list of popular food and drink remedies that can help when you feel queasy.

1. Frequent, small meals and snacks
An empty stomach can trigger nausea or make it worse. Eating smaller, more frequent meals instead of three large meals can help. In the morning, before you get out of bed, try eating some crackers, dry bread, or cereal to avoid early morning nausea. Drinking liquids 20 to 30 minutes before and after a meal—but not during a meal—can also help.

2. Stay hydrated
Nausea can be made worse by dehydration from not drinking enough fluids or from excessive vomiting. Dehydration can also make you feel woozy, off balance, or constipated—all of which contribute to feeling nauseated. Hydrate with water, milk, tea, soup, and water-rich fruits and vegetables.

If you’re feeling dehydrated, Pedialyte® is a quick way to replenish vital fluids and minerals. It comes in five refreshing flavors.

The American College of Obstetrics and Gynecology recommends spreading ginger use throughout the day. You can safely take up to 1,000 mg per day during pregnancy.

4. Time your prenatal vitamins
The iron in prenatal vitamins has been known to make nausea worse because it can irritate your stomach. Make sure you’re taking prenatal vitamins with food. You could also try cutting them in half to split up the dose between morning and evening. If that still doesn’t help, talk to your doctor about switching to a prenatal vitamin that has less iron.

5. Avoid triggers
There may be certain things that aggravate your nausea, like strong odors, perfumes, and even the smell of certain foods cooking on the stove. Let someone else do the cooking, but if you do cook, try opening a window or using a fan to minimize the odors.

6. Sniff some lemons
For some women, the refreshing smell and taste of lemons can calm nausea. When morning sickness happens, sniff a lemon, lick a slice, or squeeze some juice into drinking water. You might also want to carry some lemon drops in your bag in case you’re feeling queasy on the go.

7. BRAT diet
The BRAT diet, also known as the bland diet, is made up of these easy-to-digest foods: bananas, rice, apples, and toast. They can sometimes help you feel better after nausea or vomiting. Other foods to try are Cream of Wheat®, apple juice, broth, weak tea, and boiled potatoes.

8. Acupressure
Some women find relief from nausea with acupressure—applying pressure on the forearm, in a position about three finger widths from the crease of the inner wrist. You can buy Sea-Band® acupressure wrist bands at many drug stores. They’re inexpensive and help many women with motion sickness.

9. Exercise
Exercise can also help some women find relief from nausea. Try taking an extra walk and getting some fresh air. You might also want to take a swim or a prenatal yoga class.

Exercise is encouraged during pregnancy, but make sure to check with your doctor before starting a new fitness program.

10. Get plenty of rest
Stress and being tired can make feelings of nausea worse. Get plenty of rest and relaxation when you can. We know it may be difficult to remember, but morning sickness is only temporary—and it means you have a little one on the way!

Can morning sickness harm me or my baby?

Nausea and vomiting during pregnancy are generally not harmful to your baby, even when it lasts beyond your second trimester.

However, the nausea and vomiting can be so severe for some women that they can’t keep down foods or liquids. This can lead to weakness and dehydration, putting mom and baby at risk due to lack of nutrition.

Hyperemesis gravidarum
More severe cases of nausea and vomiting that cause weight loss, dehydration, and electrolyte imbalances may be diagnosed as a condition called hyperemesis gravidarum. This condition is relatively rare, though, and happens in less than 3.0% of all pregnancies in the United States.

Hyperemesis gravidarum may require time in the hospital for intravenous (IV) fluid and nutrition treatments. It’s the second most common reason for admission to the hospital during the first part of pregnancy.

Women are more likely to experience hyperemesis gravidarum if they’re pregnant with a girl or multiple babies. Having a family member who had it or having it during a previous pregnancy also increases the chances.

Even when women lose weight and spend time in the hospital, if they gain weight later in pregnancy the birth outcomes are likely to be the same as for those without the condition.

Could my nausea and vomiting be caused by something other than pregnancy?

Heartburn, indigestion, and acid reflux
There are other conditions that can cause nausea and vomiting. Heartburn, indigestion, and acid reflux affect 40% to 85% of pregnant women. Protein-rich snacks have been found to help alleviate nausea. Avoiding fatty, carb-heavy or acidic foods can also help, as can elevating your head and sleeping on an incline. Check with your doctor for other remedies.

Helicobacter pylori
A bacterial infection called Helicobacter pylori is sometimes associated with the condition hyperemesis gravidarum. If you’re having severe nausea and vomiting or have been diagnosed with hyperemesis gravidarum during pregnancy, your doctor may recommend getting tested for this bacteria. Women who test positive can get treatment while they are pregnant.

If you’re not finding relief with natural remedies, talk to your doctor to learn about other treatments that can help.

* Cream of Wheat and Sea-Band are not registered trademarks of Abbott.

The American Dietetic Association. Managing the discomforts of pregnancy. In: Pregnancy Nutrition: Good Health for You and Your Baby. Wiley; 1998.

Somer E. Nutrition for a Healthy Pregnancy: the Complete Guide to Eating Before, During, and After Your Pregnancy. Holt, Henry & Company, Inc; 2002.

Marcin A. BRAT diet: what is it and does it work? Healthline. Updated June 8, 2017. Accessed March 2, 2020.
https://www.healthline.com/health/brat-diet#food-list

Novakovic A. What is morning sickness and how can I treat it? Medical News Today. Updated December 20, 2017. Accessed March 2, 2020. https://www.medicalnewstoday.com/articles/179633.php

Get up to $400* in savings, plus nutrition guidance, tips and education, and a FREE† Shutterfly photo book!

Learn about what to expect during your pregnancy and how to prepare for this exciting time.

Join Similac® Rewards for up to $400* in benefits and support throughout your journey.
* Offers may vary. 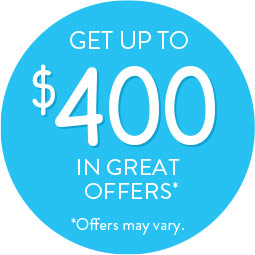 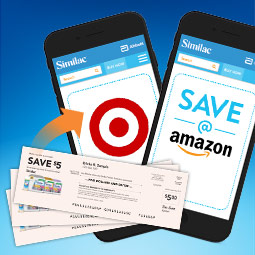 Add the Similac® Rewards App to your home screen. 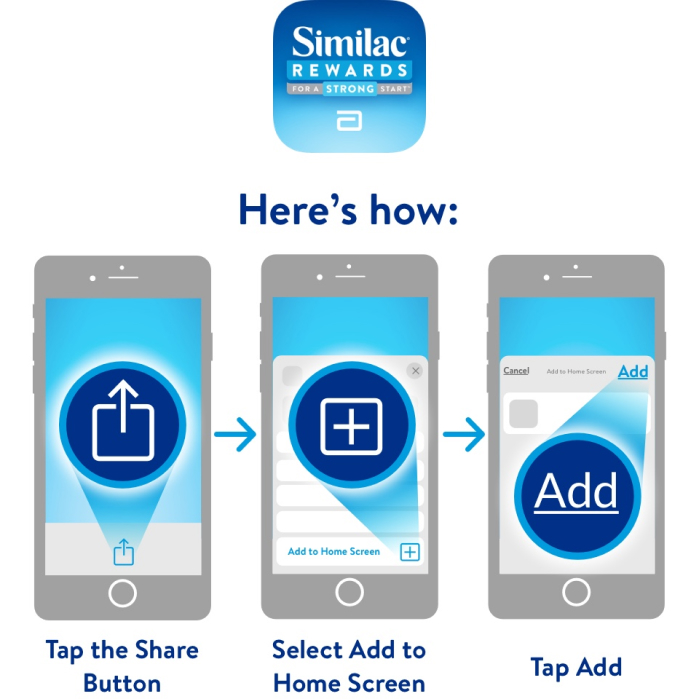 Directions apply to Safari only.

Add the Similac® Rewards App to your home screen. 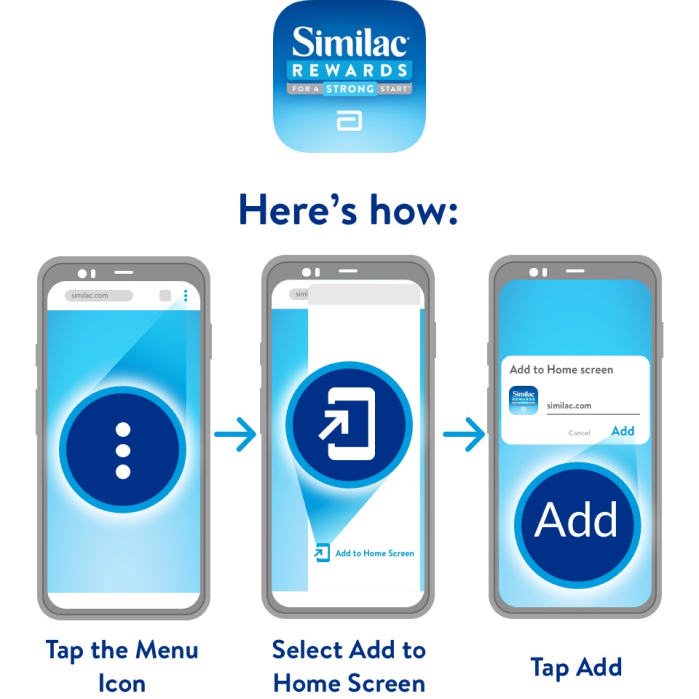 Directions apply to Chrome on Android devices. iPhone users should open in Safari.

Are You Sure You Want to Opt-out?

By opting-out, you are removing your phone number from your Similac profile. This means you will no longer receive SMS notifications regarding Similac rewards or special offers.

If you still wish to opt-out, please click the button below to confirm. Otherwise, click “Cancel” to return to your profile.